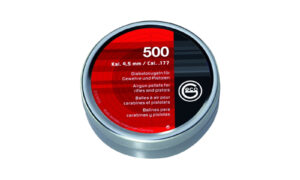 Under UK law, Airguns, Firearms and Silencers can only be delivered to a Registered Firearms Dealer or collected from the shop in person along with proof of age identification or relevant licence if applicable. Please call 01273 326338 for further information.

If not collecting from our Brighton Store, you can have restricted items posted to your nearest Registered Firearms Dealer (RFD).  When checking out, please enter your delivery address as your chosen RFD.  Please also make your RFD aware of the transfer – They may charge you a small fee to accept the goods.

The Walther CP88, a high-quality, genuine replica of the Walther P88, is a true piece of history. It was the first pellet-shooting CO₂ pistol in the Umarex product range – a milestone for the company. In precision, performance and reliability it set standards for the current generation of airguns. Made in Germany, it continues to inspire both sport shooters and recreational shooters.

The firing mechanism, which relies on an 8-round rotary magazine, is optimised for high performance. Unlike the mechanism in many other pistols, it sits in the two-part slide in front of the barrel instead of in the frame. This ensures that pellets are fed precisely into the rifled barrel. Power is supplied by a 12-g CO₂ cartridge.

There are no reviews yet.